Bad Residential and Commercial Snow Removal Drives Up Costs for Everyone 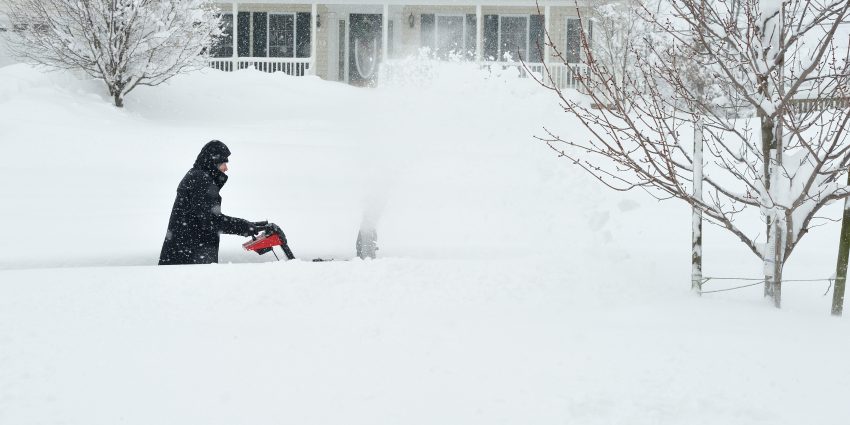 When a property isn’t shoveled and cleared properly it is both an eyesore and a hazard. We all know how frustrating – and dangerous – it is to try to pick your way over a pathway that is uneven with packed-down snow and slippery with both concealed and visible ice. There are plenty of assumptions made about the property owners as we gingerly try to make our way along, with the first usually being that they don’t care about where they live or work, and they care even less about those who are trying to pass by or access their property.

The first thing bad snow removal damages is your reputation. In the same way that a business or home that is overgrown with weeds looks unsightly in the summer, a business or home with a snowy, icy pathway looks unhospitable in the winter. And for businesses specifically, that results in a loss of customers as well as a loss of confidence.

But as this recent CBC article reveals, there are more costs to bad residential and commercial snow removal than a loss of reputation, customers, and confidence. Failure to clear snow and ice has a huge human and financial cost that spreads out over numerous systems.

Bad Snow Removal By the Numbers

In 2017 it was reported thatAlbertans were slipping and falling at three times the rate of people in Ontario. Well, it’s sad to say that things have not gotten any better. In 2018, the CBC says, Albertans were hospitalized four times more often than Ontarians for often-major injuries resulting from icy conditions.

It’s impossible to calculate the true, actual cost of slip-and-fall injuries, but it is possible to estimate. In Alberta, 1,860 people were hospitalized in 2017/2018 because of a snow and/or ice related injury. According to the Canadian Institute for Health Information, the average cost of a hospital stay in Canada is $7,983, which puts the price of injuries due to ice and snow at about $14.7 million in just this province.

And that doesn’t include costs for loss of productivity and loss of time. Employers must find ways to deal with work absences, and those who were injured may miss out on paycheques.

Then there’s the insurance and liability costs. The more businesses and homes that have to file a claim to mitigate against a lawsuit filed because of bad snow removal leading to an accident on their property, the more everyone else is going to have to help absorb that cost through their own insurance premiums going up. And auto insurance companies have already warned that vehicle owners will see – on average – a 15% increase on their premiums in 2020. Insurance providers say this is because of the fact that they are not bringing in enough money on rates to pay out all of the claims being filed. Due to the extensive technology incorporated into newer vehicles these days, even the smallest of accidents results in expensive repairs. So, the cost of the car repairs for each and every accident claimed through insurance that happens on Alberta roads because of snow and ice does eventually trickle down to all consumers.

All of this points to the fact that bad snow removal doesn’t just put your fellow citizens at risk of injury (which is bad enough). It also puts everyone at risk of higher health care and insurance costs, which is something that should always be remembered.

Lower Your Risk With Snow Removal Services From Mirage

Residential and commercial snow removalservices areour specialty at Mirage Landscaping. We have dozens of both residential and commercial clients who rely on our professionalism and expertise to ensure Calgary’s snow removal bylaws are adhered to and that their properties are safe for all visitors to come and visit. We look forward to the challenge presented by every snowstorm as we hustle to clear your sidewalks, pathways, driveways, and parking lots as quickly as possible. We always clear away snow to the bare pavement, and never leaving behind ice that could be a potential hazard.

Here are six reasons to choose Mirage to be your snow removal company. We have over three decades of experience clearing snow in Calgary’s southeast communities, serving the areas of: