Other Options For Shovelling: Commercial Snow Removal in Calgary 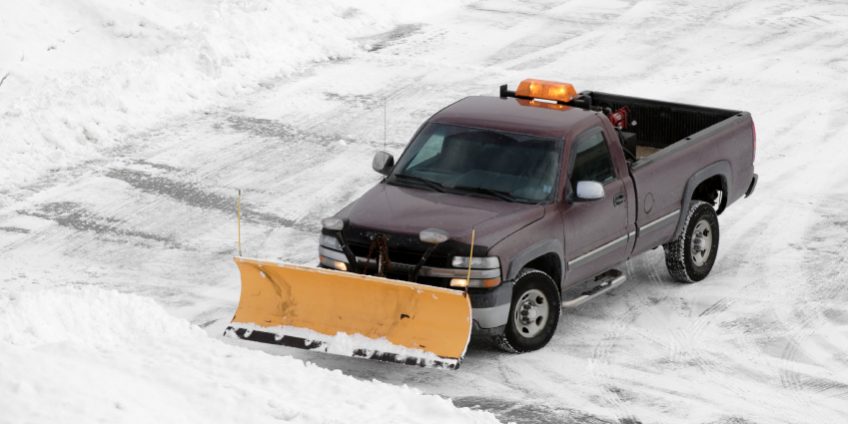 Although we have offered several guidelines on how to shovel snow without wrecking your health,  the best tip we can give remains our favourite: Employ Mirage Landscaping  for all of your Calgary commercial and/or residential snow removal needs.

For those who insist on doing it themselves, however, there are options other than the ubiquitous shovel that can help lighten your load tremendously. Alternate methods for snow removal in Calgary can keep your driveway clear with less effort.

A trendy system for snow removal that is sometimes seen in higher end newer builds is the heated driveway. It is possible to have heating installed in a pre-existing driveway, but it is far less labour-intensive and costly to have it included when your concrete is first poured.

Essentially, a heated driveway is an outdoor version of the radiant subfloor heating that is built into some homes. The more expensive systems are automated, and the less expensive are started manually. By running a series of recirculating water pipes, to which glycol antifreeze in added, a pump works in conjunction with a heating element to melt snow and ice away from your driveway. In addition to the cost of the installation of the system, a drainage strategy is required. The last thing you want is a continuous stream of melt water running from your driveway only to turn the public walk or the street into a skating rink.

In our previous article, we went over some of the considerations do-it-yourself snow shovelers should have. We’ll expand on that to mention that if the snow is powdery and you are on top of the weather reports, you can easily brush away accumulations. However, if the snow is water laden and heavy, a broom will not manage it.

Whether you push it, shovel it, hire a neighbour, or some guy off of Craig’s List, manual snow removal is labourious and dangerous. No one you casually hire is going to be bonded and insured against accidental damage to your property like Mirage Landscaping is. If you are going to spend money for snow removal, call us for a free quote.

To those tired of wielding the shovel, the snowblower, or snow thrower, must seem like the obvious solution. These machines really do save labour in the sense of your having to toil like a locomotive fireman of yesteryear, but they are not as magical as they first appear either.

With careful online or Calgary area shopping, you can get into a name brand electrical snow thrower for under $150, but let’s get real. An electric thrower is a light duty machine, good for no more than four inches of pristine and fresh powder.

Though we are not Quebec in terms of average snowfall, in Calgary we do average 57 days with snowfall annually, with a total snowfall amount that, in the typical year, will top four feet.

All of the cheaper electrical and gasoline powered blowers are single augur machines that will not handle a serious snowfall. Remember April 2011? The airport saw 23cm of snow, over nine inches of accumulation in one day! These kinds of storms happen here frequently enough that if are handling your own snow removal, you’re going to put a couple thousand dollars into having a double augur machine—one that lifts and another that throws—to handle the heavy and wet snow we sometimes get blasted with.

The mounting of a snow plow on the front of your own vehicle is a viable option if you already have the truck. However, most Calgary area driveways are unsuitable in turning radius to actually plow snow away from, rather than towards, your garage door.

Unless you can make three point turns in your own driveway, or have one of those “drive through” driveways, or some other way to clear the snow away from your house, you not only have to have a truck, and endure the expense of buying and mounting a plow, and learn to use it, but you also have to have somewhere to store it during the offseason.

These factors are not lessened for the private owner/operator of a snow plow equipped truck, either. Their costs are built into what they charge, and the limits of their equipment are decided by the layout of your driveway, the cars parked on the street, and other factors that serve to make a personal snow plow a poor choice in urban Calgary.

The Logical Conclusion? – Mirage Landscaping For All Of Your Residential or Commercial Snow Removal Needs

Many snow removal solutions in Calgary don’t warrant the hassle involved. Instead, call Mirage Landscaping for all of your commercial or residential Calgary area snow removal  needs – no matter what the size of the job!

Bad Residential and Commercial Snow Removal Drives Up Costs for Everyone
November 29, 2019

Give Your Trees Some Tender Loving Care
November 19, 2019