Types of Shovels For Snow Removal in Calgary 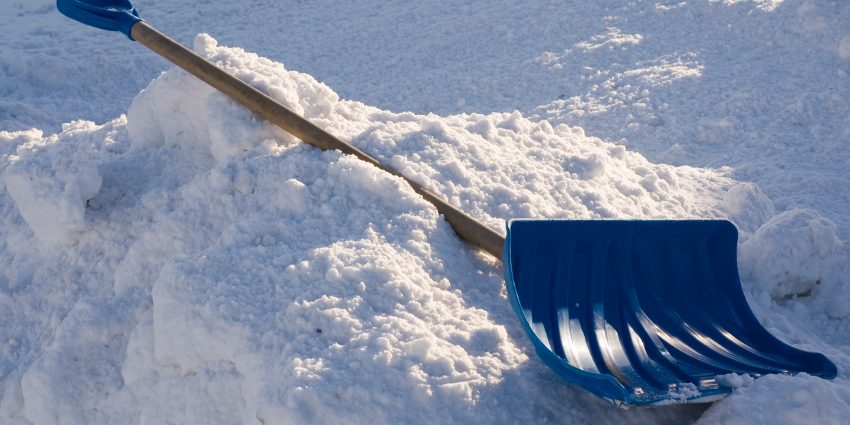 Looking around the neighbourhoods of Calgary, as we do daily, it’s absolutely amazing that there are still many mounds of snow piled up that came from the storms of December. Frankly, it has meant a lot of long days of snow removal for us here at Mirage Landscaping, and we also feel for everyone confronted by the record amounts of snowfall that have plagued our communities this winter.

There is such a thing as being too busy, and the strain is showing everywhere. Safe snow disposal dumps have been filling to capacity. It has been said that enough snow has been removed from Calgary proper thus far as to be able to recreate the great pyramid at Giza with its volume. The City has been fielding angry phone calls in their thousands and a number of employees directly involved in snow removal have taken stress leave after breaking down due to the enormity of the job.

It may seem that a discussion of the best snow shovels with which to confront our record breaking accumulations is a farcical as discussing which broom best holds back the sea, but we will persevere. After all, if we keep getting collectively slammed by snowfall, your broom (or shovel!) will be your first line of defense.

Which Is The Best Snow Shovel?

That’s a trick question, akin to asking which is the best golf club. Like a golfer facing a variety of shots to be made under varying field conditions, when you are removing snow, the type of snow, its accumulated depth, whether ice has formed, and many other details, inform you as whether you need the equivalent of a driver or a wedge. The most complete answer as to which is the right shovel for snow removal is to have options.

Going To War With The Shovel You Have

Two of the most useful shovel types for dealing with snow are two that most people already own and overlook—the pointed, spade head style shovel, and the squared off utility shovel. Both of types of shovels are made with surface or hardened tool steel business ends mated to either hardwood or synthetic shafts. Especially if you don’t feel like buying, or carrying around, a dedicated ice chopping tool, these shovels can serve admirably as substitutes. Ice is brittle, and if the City has left you a mini pyramid in the middle of your street, you can chip it with either the spade point or one of the two leading side points of the square shovel almost as well as you can with a dedicated tool. Of course you can then remove the snow and/or ice as required using the shovel as designed.

Sometimes There Is Just No Substitute

If, as most of us are, you have to remove kilo after kilo of snow, a garden spade is going to make that job more labourious, not less. The enormity of the task of throwing snow is why there are plastic and aluminum snow shovels sold just about everywhere in Alberta. The wider and deeper scooping ability over the standard shovel, as well as their generally lighter overall construction, are designed to make quicker work of physically moving snow from one area to another. Whatever you prefer, know that a steel edge strip will be the hallmark of a more durable shovel, as well as one that can deal with light ice scraping. Also, the wider the blade, generally the shallower it will be so that you don’t have to be superhuman to lift it under load. The volume characteristics of the “traditional” snow shovel as compared to the “grain hog” style come down to preference. Some like a deeper bite per shovel load, others want a wider area cleared per effort.

A Word On Ergonomics

At times you will see snow pushers that promise to turn you into a human snow plow. Just remember that your horsepower is limited and your traction more treacherous. Finally, you may have seen snow shovels with bent handles touting their benefits to your lower back. Well, there’s no free lunch. To use one of these properly demands more out of your wrists and forearms. What seems clever at the D-Y-I store may not seem so smart in the thick of the job.

The Best Shovel Is The One Used By Others

Call us at Mirage Landscaping for a free quote and these issues all become our issues and you can just watch the snow fly rather than worry about it. We can do it for you!