When, Why and How to Remove a Tree: Mirage Landscaping Company in Calgary 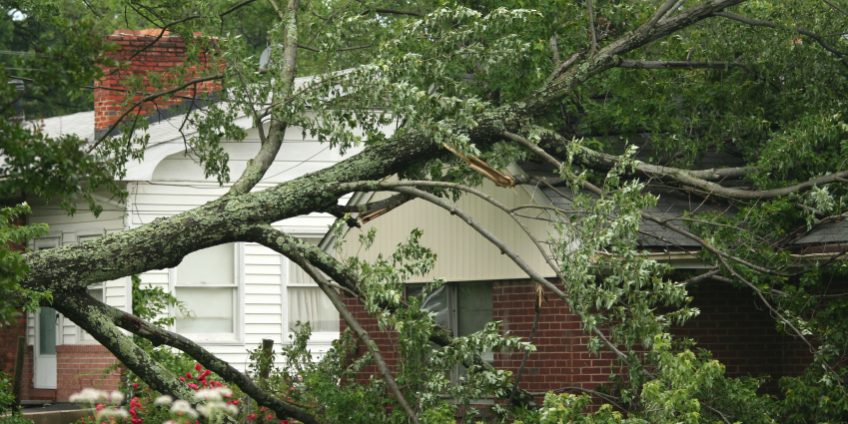 At Mirage Landscaping in Calgary, we love trees. We enjoy tending to the young trees we install, and we savour the sight of the mature trees we planted around Calgary that are older than most of the current crew who maintains them.

With over three generations experience as Calgary’s full-service landscaping design, construction and maintenance firm, serving both commercial and residential clients, we have planted an untold number of trees. While they belong to our various clients, we almost consider them as family members.

By that token, it pains us a bit when a tree has to be taken down. In its own way, the decision to take down a dying or dead tree is an emotional tug-of-war between sentimentality and practicality. When is it time to let go? When is it too dangerous to any longer put off a final decision? Can a dying tree recover? Can it be “limped along” for the sake of the grandkids’ tire swing?

There are no easy answers to these questions. At Mirage Landscaping of Calgary we never cavalierly enter the decision to remove a large and mature tree. Not only is it a hazardous job, even for us or our selected subcontractors, there is also the cost of the removal, and then the mitigation costs of either a stump removal or a large visual hole in your landscaping to contend with.

The Signs That The Time Has Come

The peculiar thing about the lives of trees is that from the moment they are seedlings, until they die a natural death decades or even thousands of years later, is that from the start they have always been partially dead. The living part of the tree is a shockingly few layers that lay beneath both the outer and inner bark and only extend into the tree’s interior a fraction of the way.

The center of most trees consists of older “heartwood,” which is inactive and cannot be repaired by the tree. Think of this wood as “skeletal” in nature. It is the center of the trunk and main branches, and serves to keep the tree upright against both gravity and the wind. Out from the center is the sapwood, which is the tree’s primary biological defense against insect infestation and disease. Then there is the cambium and the inner bark, which work in concert to distribute water and food throughout the tree.

Anything that attacks the tree and manages to damage either its food transportation system, or compromises the woody structural support in the center, threatens the continued existence of the tree itself.

As a general rule, any insect infestation, fungal attack, environmental breach such as sun scald, lightning strike, wind damage, herbicidal or chemical exposure that kills or hollows out over half of the tree’s mass, makes it a candidate for removal. This is especially true if the condition resulting in tree death is contagious or in any fashion makes the tree’s continued standing near the homes or trails frequented by people an open question.

In other cases, dead trees that don’t pose any safety, contagion, or infestation threat are best left alone. If you have a dead tree on a remote site on your property, consider leaving it standing. Dead trees provide a natural home to many avian and terrestrial species, and if should it eventually topple, it will provide a different type of habitat on the ground.

It simply cannot be overstated how dangerous tree removal is. As inherently dangerous as it is, urban and suburban tree removal in tight spots is even worse. For a tree of any substantial size, you want an expert removal of it. Trees have a centerline. No matter which part of the trunk you make a wedge cut upon, the tree will always fall towards the aspect of it containing the most mass. No amount of chainsaw wielding skill can overcome a lapse in judgement regarding the laws of physics.

To get a tree down exactly where you want it often requires the tree be taken down in segments, via trimming away of the crown while the main branches are suspended by straps. Felling the trunk and stump removal is also labour intensive and fraught with risk for the uninitiated.

To safely remove a tree and replant another, contact us for a free quote.