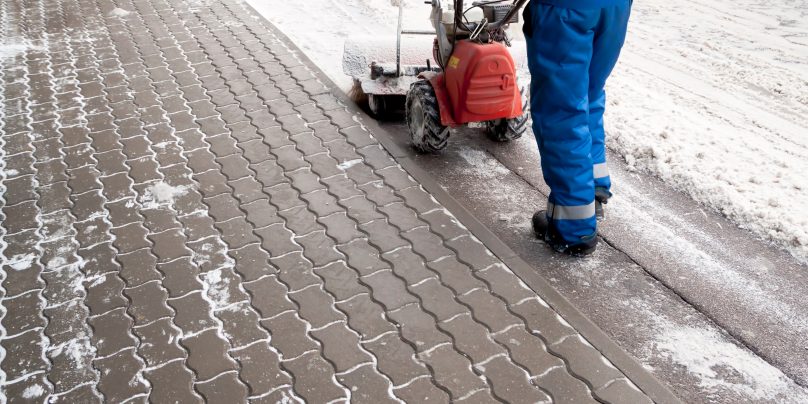 The past few weeks have been a grind for Calgary and Alberta. For 29 days in a row the temperatures were way below zero, with the province landing firmly at the centre of a huge polar vortex starting Christmas Day. A polar vortex happens when the North American jet stream hovers further south than usual, leaving cold Arctic air the ability to drift freely down from the north. The vortex crept its way down and then sat on top of the province for far longer than welcome.

Temperatures have been about 20 degrees lower than average, sitting at around -25 to -35 degrees Celsius for days, with wind chills making it feel like -35 to -45 degrees Celsius … even reaching a deadly -55 degrees Celsius in some areas. To top it off, a fair amount of snow has fallen, but it has been far too cold to scrape the roads, leaving Calgarians to deal with very icy, slippery, and dangerous commutes on top of everything else. Roadside assistance companies were inundated with calls for dead batteries and cars simply refusing to start, with waits as long as 10 hours for a boost and 48 hours for a tow.

As commercial and residential snow removal professionals in Calgary we can say we have seen it all when it comes to winter weather in the city, but even we have to admit that the last few weeks have been particularly harsh. Surviving the bitter cold has meant that we have had to bring out our most hard-core cold weather gear and watch ourselves very carefully for heat loss and frostbite. With physical jobs like we have, at least we are able to warm up quickly, but we definitely have a lot of sympathy for those who haven’t been able to get out and about like us.

What is a Chinook, anyway?

This week has already started much better, with temperatures looking to stay above zero for the next few days. It’s a welcome reprieve, one where Calgarians are eschewing their parkas and Sorels for fleece jackets and rubber boots as we enter a major melt. Unfortunately, however, warming up so quickly means there are a lot more hazards to watch out for.

We are being treated by a classic Alberta Chinook, a Blackfoot word that actually means “snow eater.” Chinooks consist of a very warm, dry wind that has been known to push temperatures into the 20s even in the dead of winter. The key to a Chinook is a nearby tall mountain range oriented in a north-to-south direction. Prevailing west-to-east winds bring clouds laden with warm moisture from the northern Pacific Ocean, and as those clouds are forced to rise over the Canadian Rockies, the increasing altitude decreases the atmospheric pressure, allowing the clouds to both expand and cool rapidly. The combined effect first condenses the moisture and then precipitates much of that moisture out of the clouds and onto the western slopes and valleys.

Eventually, the much less water-laden clouds crest the Rockies and descend again. These clouds are molecularly lighter and are pushed relatively rapidly down the eastern slopes. As they descend, they rapidly heat and compress. Since temperature and pressure variations clashing are what generates winds, the Rockies create a lot of wind simply through their average high altitude height.

Many people also report severe headaches and other maladies such as fatigue and increased aches and pains during a Chinook. Vehicles – or anything with a motor – are also known to act up during a Chinook. Experts advise getting extra rest, drinking plenty of water to overcome the extremely dry air, watching watch you eat, and exercising to help combat negative side effects.

Watch your sidewalks and pathways

The fast melt that a Chinook brings is wonderful for helping to clear the roads. The City of Calgary was ready as soon as it was warm enough to start scraping the snow and ice off, and it shouldn’t be too long before the most dangerous patches have melted away.

Reliable snow removal experts like us never take a “wait and see” attitude when it comes to a Chinook. This is time for us to be extra diligent in serving our clients’ properties, as their state can change rapidly. Even though we know we have left our properties with very few slip and fall hazards, as snow starts to melt during the day it will create rivers and patches of moisture that will freeze during the night. These are the times we make good use of our environmentally friendly deicers. We’ll chip away what we can, which is always your best bet, and for the most stubborn spots we’ll put down a de-icing agent.

De-icing agents for pathways and walkways are most commonly made with sodium chloride, calcium chloride, or a combination of the two. Chloride is a deicing agent that works by lowering the freezing point of water from zero degrees to about -10 degrees Celsius. This creates a salty brine that is able to actually separate a layer of ice from the pavement below. If you have ever used a deicing agent, you may have witnessed ice appear to lift off of sidewalks and pathways and develop several holes. This is the chloride at work.

Because the freezing point of water has been reduced to -10 degrees Celsius, deicing agents are most effective down to that temperature. To illustrate this, the City of Calgary only uses salt to de-ice the roads when the road surface temperature is between zero and -10 degrees Celsius and expected to remain that way for several days. When the road surface temperature is -5 degree Celsius and the forecast is for the temperature to dip further, road salt ceases to be effective and the City applies a “sanding chip” mixture, which is 3% salt and 97% gravel.

Interestingly, Calgary has also been known to use beet juice to melt ice on the roads. This organic compound is a beet-brine mixture that also breaks down bonds between ice and roads. It is not damaging to the environment, while salt mixtures unfortunately are.

Residential and commercial snow removal services are our specialty at Mirage Landscaping. We have dozens of both residential and commercial clients who rely on our professionalism and expertise to ensure Calgary’s snow removal bylaws are adhered to and that their properties are safe for all visitors to come and visit. We look forward to the challenge presented by every snowstorm as we hustle to clear your sidewalks, pathways, driveways, and parking lots as quickly as possible. We always clear away snow to the bare pavement, and if ice forms we will use deicing agents to keep your property pristine.