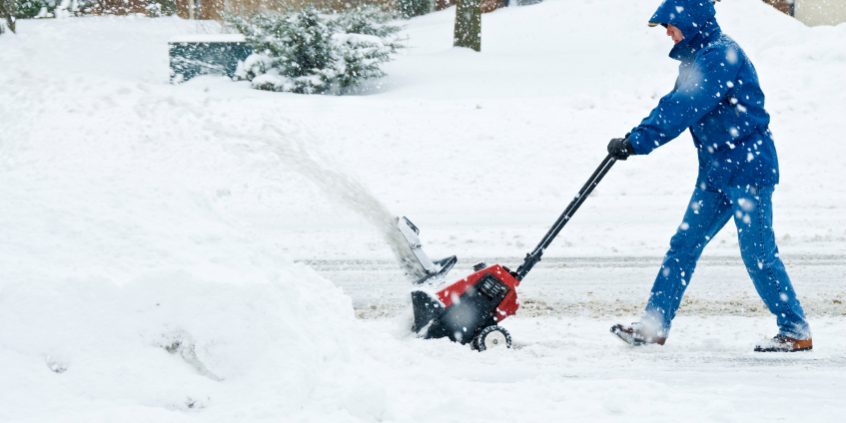 It is already four weeks past the massive snowfall of Dec. 22, which blanketed the city with accumulations of from 20 to 40 centimetres of heavy, soupy snow that doesn’t seem to be going away anytime soon. It’s been tough on everyone, but there is one particular group that has been particularly disadvantaged. When roads and sidewalks aren’t cleared properly, those with physical disabilities have an extremely difficult time, says Calgarian Elaine Lee in a recent 660 News article. Lee, who relies on a wheelchair to get around, says that the City of Calgary’s focus on Priority 1 and 2 routes has made it so many still can’t even get their cars out of their driveways. She hopes that changes can be made soon so that it’s possible for her to get around sooner rather than later.

Calgary snow removal policies have come under heavy criticism as of late, so much so that city councilors have recently proposed updates, according to Global News. The city’s current Snow and Ice Control policy was last updated in 2011. Currently, council must declare a snow emergency in order to increase response systems. This technicality will be addressed with the changes, council members say, allowing for additional resources to be deployed in a more timely manner.

As we make our way around the city ensuring our residential and commercial snow removal clients’ properties remain clear of snow and ice, we continue to assist people whose cars are miserably stuck in the snow. We see it as our responsibility to keep properties safe, and work to ensure everyone has the access they need to ramps, pathways, and entrances by keeping an eye on where Calgary is in their snow removal schedule.

Calgary’s Seven Day Snow Plan lays out daily priorities, starting during the first 24 hours with Priority 1 routes such as Crowchild Trail and Macleod Trail being attended to first. Also seen to are busy business routes that typically see more than 8,000 vehicles a day, the downtown cycle tracks, parts of well-used pathways, high-traffic pedestrian overpasses, and sidewalks and public properties such as LRT Stations.

That’s the first day. The second day of snow removal in Calgary doesn’t officially start until 90% of the Priority 1 routes are completed, which can take longer than 24 hours. Day 2 routes include roads that see from 5,000 to 19,999 vehicles on them every day, such as Kensington Road and Acadia Drive, plus intersections and crosswalks where there are traffic lights, emergency routes around hospitals and fire stations, bus routes, roads with bike lanes, and trouble spots.

Calgary only plows driving lanes, not curb lanes. To view a map of all Priority 1 and Priority 2 roads, go here.

On Day 3, Priority 1 and 2 turning lanes and on/off ramps are tackled. The windrows created in intersections, at crosswalks, and at wheelchair ramps are removed, and intersections with a stop or yields sign are cleared. Playground zones, designated hills, and some feeder/collector routes are also tasks for Day 3.

For Days 4 through 7 of the Seven Day Snow Plan, Calgary snow removal work starts in residential areas to pack down soft snow and level out ruts. This seems to have only just recently happened in many communities – if at all, as of yet. Some residential roads are simply too narrow for snow-removal equipment. Also on the list is sanding and salting if possible, and the clearing of bus pads.

Interestingly, Calgary has also been known to use beet juice to melt ice on the roads. This organic compound is a beet-brine mixture that also breaks down bonds between ice and roads. It is not damaging to the environment, while salt mixtures unfortunately are.

What snow removal in Calgary does not do

As residents look on in bafflement as their streets remain difficult to drive on and it’s practically impossible to park in many cases, it’s reminder that Calgary snow removal does not include plowing residential roads down to the bare pavement. In fact, as the seven-day schedule demands, in many cases residential streets will not see a plow for the entirety of the winter.

Calgary snow removal also does not include:

Residential and commercial snow removal services are our specialty at Mirage Landscaping. We have dozens of both residential and commercial clients who rely on our professionalism and expertise to ensure Calgary’s snow removal bylaws are adhered to and that properties are safe for all to come and visit. We look forward to the challenge presented by every snowstorm as we hustle to clear your sidewalks, pathways, driveways, and parking lots as quickly as possible.