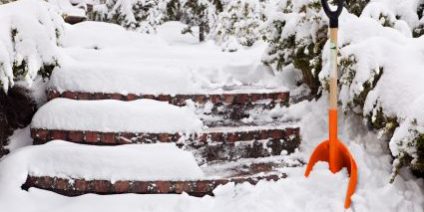 Last week in our series on proper disposal methods for snow we discussed just how dirty snow can get, and how getting rid of it can become a problem during years of heavy accumulation. As a matter of fact, so much snow fell during December of last year that the regular snow disposal locations in the city were filled to capacity.

Proper disposal locations are imperative for urban areas as snow that lies on the ground for a while becomes contaminated with both air and ground pollutants. When it begins to melt it needs to be well away from areas where toxins could damage the environment.

After three generations of commercial and home snow removal in Calgary, Mirage Landscaping knows exactly what to do when the snow piles up at your home or your business. Enjoy the winter months as much as you can with professional snow removal services.

The New Era of Snow Removal

Alberta Environment has stringent guidelines on where excess snow can be safely disposed to which all private contractors and business owners must adhere to avoid fines and penalties. Since snow in urban areas can become mixed with contaminants such as suspended solids, organic chemicals, phosphates, dissolved salts, heavy metals, trash, and oil, when melted, large amounts may pose a threat to the environment. Alberta Environment strongly discourages dumping snow into waterways or onto ice-covered water bodies to reduce the chance of toxins entering groundwater.

Permanent snow disposal sites should be large, but close to where the snow is to be removed from, all while not being a noise nuisance to homeowners. They should also NOT be:

The optimum site for snow dumps should have decent sun exposure for gradual melting yet possess adequate drainage so as to not create spontaneous flooding.

Keep Away From Children

We all know that kids can’t help themselves when it comes to a big pile of snow, and will make a beeline to jump right it. That’s why professional snow removal companies never leave large amounts anywhere near children may play. Not only is it filled with contaminants; it could also be filled with unknown objects that may result in injury.

Leave it to Your Calgary Snow Removal Pros

Snow removal is time-consuming, requires a lot of effort, tools and supplies, and can be dangerous – and even costly – if done incorrectly. Even though the colder months are winding down, we remain dedicated to helping our clients with cost effective snow removal. Inquire about a quote for next year!

And as get closer and closer to spring and the first day that all the snow is gone, we want to be there for you, too. Mirage is a full-service landscaping company with tons of experience maintaining personal and commercial properties around Calgary year-round We can help start your summer garden off right with a complete spring clean up.