Common tree and shrub pests and diseases in Calgary 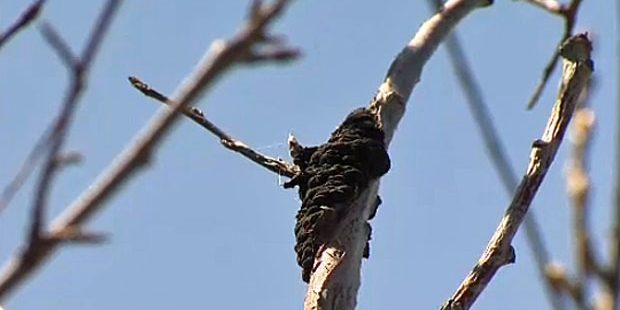 As we have been making the rounds for our regular lawn maintenance services, we have so far been pleased at how well everything is looking after the winter. There have been incidences of snow mould in a few places, especially the most shady parts of yards, and of course, there is the inevitable pet damage to deal with. But, things are greening up and filling out nicely, so we’re looking forward to what is looking to be an especially nice summer.

As the leaves are almost fully out and it has been quite warm in Calgary, the city’s bug population is now beginning to burgeon. Now is the time we really start to notice the damage caused by common tree and shrub pests and diseases. Some can be devastating to your landscaping, so catching them early is very important to mitigating damage. Luckily, tree and shrub pests and diseases can usually be treated easily, but again, it all depends if they are caught in time. An insecticide should always be used as a last resort, as these also kill the bugs you need in your garden, such as ladybugs. You can even introduce an army of helpful ladybugs to your yard by purchasing live larvae from the local garden centre. It’s a fun project do do with the kids, too.

Aphids are nocturnal pests that can cause destructive infestations. They are very small, pear-shaped and usually brown. Reduced growth rates and curling, yellowed and wilting leaves are often a sign. If you look underneath the leaves and find a black scum, then yep, you have aphids.

Experts suggest directing a strong spray of water underneath the leaves to knock the aphids off and leave them for other insects. You can also trap them with sticky yellow cards from the garden centre. Ladybugs are natural predators of aphids, so introducing them to your garden will help keep the problem under control.

Most commonly found in poplars and aspens, bronze leaf disease is a fungus that turns leaves an orange- or reddish-brown, starting at the edge of the leaf and working in. Affected areas should be pruned out by a certified arborist, as tools need to be treated properly in order to not spread the disease. Branches must be disposed of only in the garbage, not the compost, or else taken directly to the landfill.

In accordance with its name, elm scale is a pest that strikes elm trees, the damage from which is normally apparent by the middle of July. Leaves will begin to wilt and die, then twigs and branches as the disease moves further into the tree. You may be able to control elm scale by giving your tree lots of tender loving care with plenty of water, and hose down the affected areas. Early season for the pest starts at budding, and late season happens just before the leaves drop. During these times, the City of Calgary recommends applying a soap and permethrin mix known as Trounce. You can contact 311 for more information and for severe outbreaks.

The birch-aspen leaf roller caterpillar usually hits aspens and birches. If you notice numerous leaves curled like cigars, you may have an infestation. Caterpillars turn leaves into a protective cocoon for themselves to pupate and turn into moths, and then they generally fly away. Damage is usually minimal, and as a matter of fact, these moths are beneficial for keeping parasitic populations down.

An absolute scourge, black knot disease is a fungus that attacks maydays and fruit trees. Foliage can often obscure all but the largest black knot growths from easy view. If left unchecked, black knot fungus will eventually kill its host tree.

The black knots appear mostly upon smaller twigs and branches, but may also afflict main scaffold limbs and even the trunk. Knots most often form where leaves emerge from the branches. Fully developed knots can ultimately encircle the infected branch and grow to be in excess of a foot in length. If left unchecked, black knot will kill the host tree, and was a severe problem in Calgary four years ago. It can be treated with a fungicidal oil and careful pruning by a certified arborist.

Oystershell is common for the cotoneaster, fruit trees, lilacs, ash trees, maples, dogwoods, poplars, and willows. Shrubs and trees infected with oystershell scale will have a bumpy appearance like, of course, the shell of an oyster. It’s a bug that hatches about mid-June, when they permanently attach themselves to branches and form a defensive shell to protect themselves. Unfortunately, oystershell scale is often not identifiable until a plant is heavily infested. Pruning back infected branches can help, but the best thing to do is treat your tree or shrub with an insecticidal soap right when the eggs hatch, usually early June.

Sawflies are those green worms you see in spruce trees and they feed like crazy on the needles. They can even kill a smaller tree within three years. If you notice damage from sawflies, try picking them off by hand and spraying the tree with a high-pressure stream of water to knock them off.

Let us care for your trees and yard

With three generations of experience landscaping in Calgary, we know what to watch for to keep your property in tip-top shape to be enjoyed for many years. Mirage Landscaping operates as a full-service residential and commercial landscape maintenance and construction company specializing in serving southeast Calgary districts and communities including: