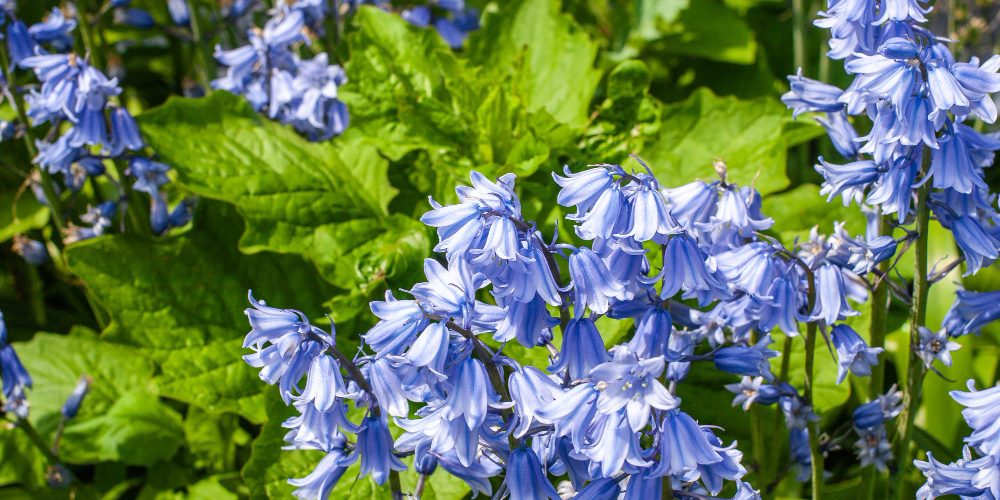 Weed control is a constant process that requires consistent effort. As we make our way around our residential and commercial properties for our regular landscape maintenance duties, we are always pulling the weeds we see at the same time. Depending on how bad a weed problem is, it can often take several years before we would consider the property weed-free. And that glorious moment rarely lasts too long. As thorough as we are with our properties, unfortunately the truth is that many others are not. Controlling weeds doesn’t work unless everyone is involved and plays a part.

As landscaping professionals, we are familiar with the City of Calgary’s list of invasive plants to avoid. There are currently 19 species listed, with many well under control. But the one weed in particular we keep seeing over and over is the creeping bellflower. As pretty as it is, creeping bellflower is considered a noxious weed and should be removed from yards and properties immediately.

Why creeping bellflower must be removed

We can certainly understand the appeal of creeping bellflower. Calgary property owners who have moved into new homes may not realize what it is, and enjoy its colour, appeal, and hardy qualities. It has several purple, drooping bell-shaped flowers per stem and proliferates quickly, spreading (or creeping), throughout gardens and lawns. But even though it’s nice to look at, it is considered a noxious weed and can’t be ignored.

After pulling creeping bellflower, place it in a plastic bag and then securely tie it closed. Do not place the bag in the compost bin – it has a high chance of survival there. It must go to the landfill.

Another choice is to use a weed killer such as Round-Up. Use as directed only so as not to damage other plants and jeopardize populations of good insects in your garden.

If there is someone in your neighbourhood who has a large amount of creeping bellflower on their property that is causing problems for others, you can file a complaint by calling 311. Bylaw authorities will often give the homeowner some time to clean up their property before levying a fine plus the cost of clearing out the weeds.

Foxtail grass is not considered a noxious weed in Calgary, but rather a perennial weed. That means that property owners are not required to remove it, however many in southeast Calgary are working together to rid their communities completely of foxtail grass to protect their pets.

As Global recently reported, foxtail grass is dangerous for dogs as it has tiny, sharp, barbed seeds that easily get stuck on paws and in fur. That can lead to an infection. Dogs will often try to lick the barbed seeds off themselves, which can be fatal if they start migrating through the dog’s system. Foxtail grass is often found in areas like back alleys and construction zones.

Alberta does not have giant hogweed

Another trend we have been noticing every summer is the warnings on our social media feeds to watch out for giant hogweed. There are photos of the plant accompanied by additional photos of people who have suffered horrible blisters and burns from touching it. We understand the warning completely, giant hogweed can be extremely dangerous, but we’re happy to report that it has not made its way into Alberta as of yet. Giant hogweed is prevalent in B.C, and also Ontario and Quebec, so it should be watched for in those provinces. Unfortunately, giant hogweed does look very similar to the cow parsnip. They are actually from the same family (carrot), which has led some Albertans to start pulling out cow parsnip indiscriminately. Cow parsnip is a completely benign native Albertan species that is much smaller than giant hogweed, so if you spot it, simply leave it be.

Contact Mirage for All of Your Southeast Calgary Landscaping Services

Mirage Landscaping is a family-owned company specializing in residential and commercial lawn care services for the southeast Calgary districts and communities where we live and work.

We are your outdoor ally all year round. Get started today by contacting Mirage to see how we can help you improve your property, year after year.