Different Types of Birds You May Spot in Your Backyard 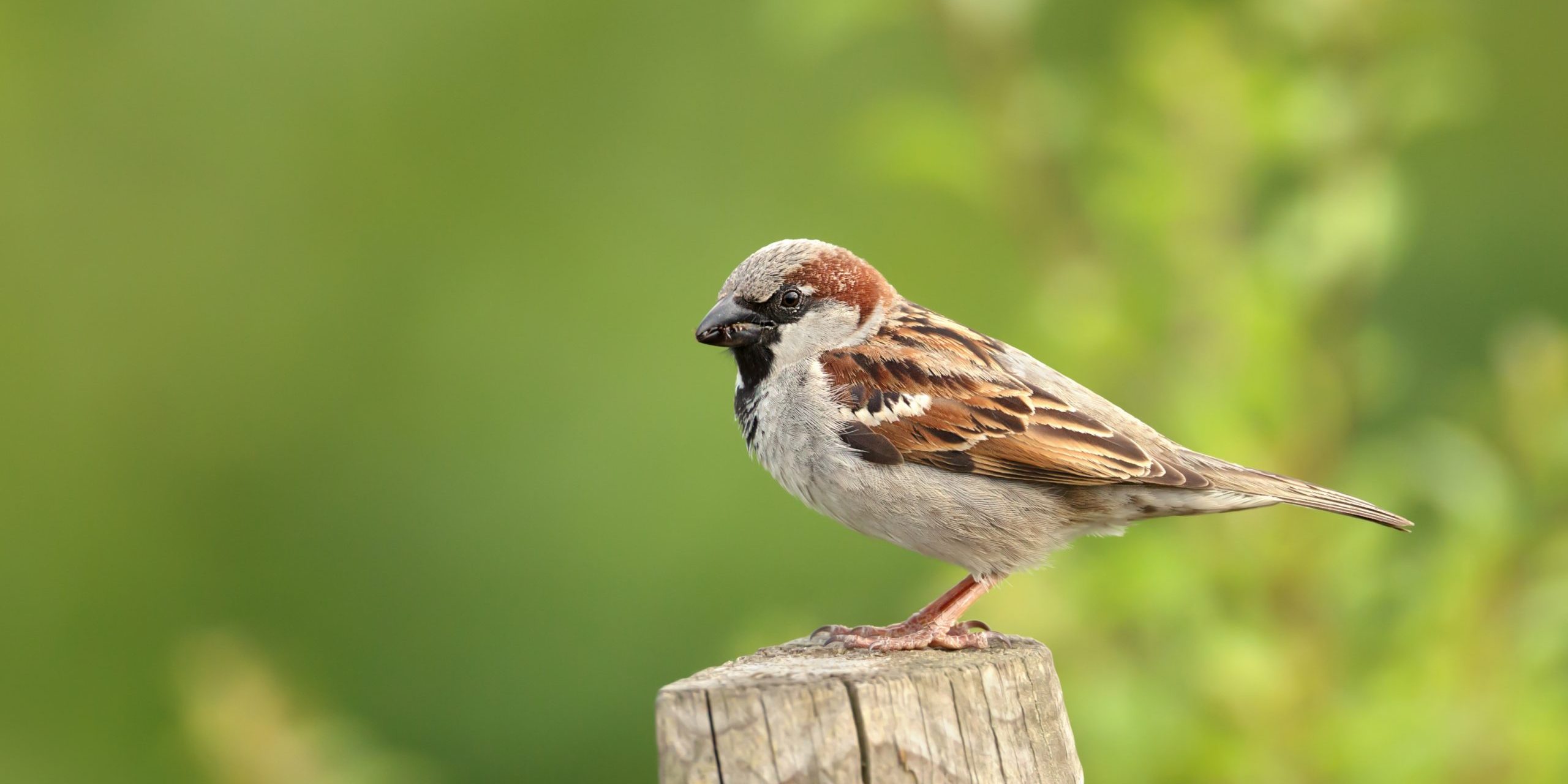 We at Mirage Landscaping are so lucky to get to spend summers in Calgary outside in the sun, tending to our commercial and residential landscaping services customers. Not only do we get the satisfaction of watching the results of our work grow and bloom, we also get to see tons of different types of Alberta’s wildlife – many of which reside in our trees.

Calgary is actually great for birdwatching, which is something even many residents don’t know. There are more than 270 different species of birds that make their home in the city for all or part of the year. The reason for this is that Calgary’s rivers provide lots of yummy things to eat and great habitat options, and the city itself provides a relatively comfortable place to live throughout the winter. Indeed, there are many more birds overwintering in the city now than there were 30 years ago, which experts attribute to warmer seasons overall.

The more common birds of Calgary you may be able to spot in your yard this winter include:

Alberta is home to three different types of sparrows: the house sparrow, the American tree sparrow, and the white-throated sparrow. These cute little birds are very social, and tend to live in flocks of a few to a few hundred. They love to hide in shrubs and trees, which provide them with good camouflage plus plenty of room for them and all their friends.

Yet another small and social bird, nuthatches can generally be found in spruce, fir, cedar, and poplar trees, which provide them with bountiful bugs to eat. There is plenty of habitat for the red-breasted and white-breasted nuthatch, which like to take nuts and acorns and ram them against a tree so that the seeds spread or “hatch.”

Birds of Calgary also include the warbler, which is a medium-sized migratory songbird. The Canada warbler’s numbers are rather low, which means you are lucky if you spot one.

The northern flicker is a type of woodpecker, noticeable because it likes to drill into bark for insects and larvae. They will also eat fruit and seeds. The springtime “pecking” also helps them attract mates. These species are protected in Alberta. Some homeowners may be concerned about them damaging their siding as they find homes to be great places to nest, but you can scare them away with a fake cast of a predatory bird such as an owl.

The rufous, caliope, and ruby-throated hummingbird usually arrive in Calgary about mid-May. They are just lovely little birds and it’s always a thrill to see one. Attract hummingbirds with plants like honeysuckle, petunias, fuchsia, impatiens, begonias and anything bell-shaped. Hummingbird feeders work well too.

As much as we love our feathered friends, there are some birds of Calgary that are rather unwelcome in yards.

Magpies are known as bullies in the aviary world, as they have a tendency to kick other birds out of their habitats and are even known to kill and eat baby birds of other species. They are true scavengers and will consume just about everything. Loud and annoying, but also very smart, magpies can create absolutely huge nests, living in colonies that are intimidating to small animals such as squirrels. They are not considered pests, so it is actually illegal to harm one. What you can do, however, is move their nests before they get too large, keep trees well-trimmed to reduce their cover, put up scarecrows and move them often to confuse the birds, and make sure all your food and garbage is safely secured.

It’s hard to think of blue jays as nuisances, as they are so pretty. But they are also very, very loud. They have a reputation for ruining other birds’ nests, pillaging gardens, and just generally being a pain. Blue jays are not all that common in Calgary, so if you happen to have a nest you may just want to leave it. Scarecrows can work to scare them off, however. Another option is to hang CDs or something else reflective in the tree in which they have taken up roost. The flashing light as they reflect the sun will irritate them enough for them to move.

As far as the birds of Calgary go, crows just may be the smartest. They love anything bright and shiny, and are known for stealing and hoarding trinkets they find lying around. But they are also noisy and messy, often strewing garbage around. Scarecrows such as a plastic owl will work, as does the same CD trick that works on blue jays. Also be sure to fully secure your garbage and compost.

How to Attract (the Right) Birds

Trees and large shrubs where birds can build nests are your way of hanging out a welcome sign. A backyard pond adds visual interest and also provides a place for birds to drink, splash and bathe. Birdbaths offer the same on a smaller scale. Of course, birdhouses full of seed will also attract flying friends, but ensure they are small enough to not allow the entrance of nuisance birds.

Spend the Summer Looking Up

As the Calgary Stampede and other festivals have been cancelled this summer, it just may be time to take up birdwatching as a hobby. The City of Calgary has lots of birdwatching courses available, and places to spot and list them include along the city’s rivers, the Inglewood Bird Sanctuary, the Weaselhead Natural Area, Fish Creek Provincial Park, and many more.

Our landscape construction services include irrigation service and maintenance, and patio and retaining wall construction, as well as sod and tree installation. We specialize in serving the southeast area of Calgary, including the communities of: