Getting Rid of Gophers and Voles 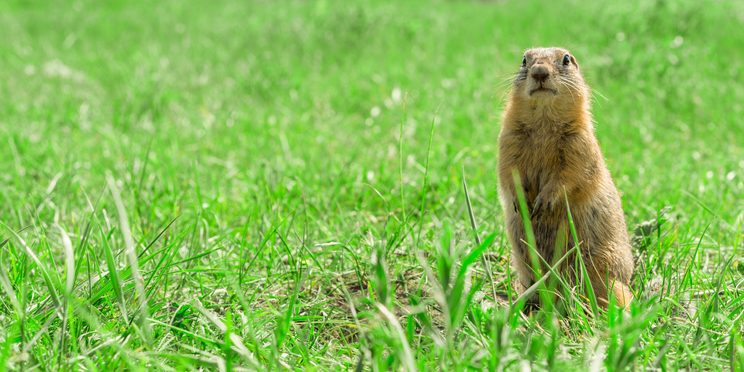 Given that southeast Calgary is basically prairieland, critters such as gophers and voles are common. Constant community development in this area of the city keeps upsetting colonies, causing them to move and re-establish, and often that means into nearby yards and properties.

Gopher and vole control can be difficult, as often the problem is usually already out of control (or close to) just as it is just being noticed. With three generations of experience in landscaping in Calgary, we know how to get rid of these rodents in a humane manner. Here are a few tips.

The Calgary gopher’s actual name is the Richardson’s ground squirrel, and they are ubiquitous in the city. Although they’re kind of cute, they are actually very destructive. They are burrowers, which use their sharp claws and teeth to build extensive underground networks of tunnels, and their entry and exit holes are usually what home and property owners notice first. Stepping in a hole can cause a serious injury, which is the reason why they are considered pests in most cities. Not only that, but they feed on vegetation, eating about 60% of their body weight every day, which can also further damage lawns and gardens. They may also chew on irrigation lines looking for moisture.

Due to their proliferation, it may seem as though gophers live in groups, but in fact they are solitary and live alone in their tunnels. They will even protect their habitat from other gophers with their lives if necessary. The Richardson’s ground squirrel hibernates from about four to nine months of the year, and they have life spans of about one to three years.

Ways to keep gophers out of your yard include:

Voles are incredibly destructive, often causing much damage during the winter while hidden underneath the snow. Unfortunately, because they are burrowers, damage is sometimes not noticeable until the health of trees, shrubs, and greenery have been compromised. Voles tend to prefer thick, lush, and established gardens, so although they are a pest, their appearance can be seen as a compliment to your landscaping skills.

Voles feed on the root systems of trees and shrubs, essentially “girdling” them. That means that they chew around the entire circumference of the root system, which chokes off the flow of water and nutrients. The plant will also lose stability. Voles also like to chew on bulbs and the exposed roots of older trees.

Voles look a lot like mice, but are larger and heavier. A vole infestation is noticeable by the appearance of nests, “runways” in the grass, fruit that has been nibbled on (such as apples), fresh grass clippings when the lawn hasn’t been mowed, and waste.

At Mirage Landscaping, we have three generations worth of experience maintaining residential and commercial properties in Calgary. We have the knowledge and experience necessary to spot pest infestations of all kinds before they become unmanageable. When we perform your regular lawn maintenance we will keep an eye out for all of them.

Contact us to come by to assess the overall health and longevity of your garden so you can enjoy the outdoors for many years to come.