How to keep your yard free of mosquitoes 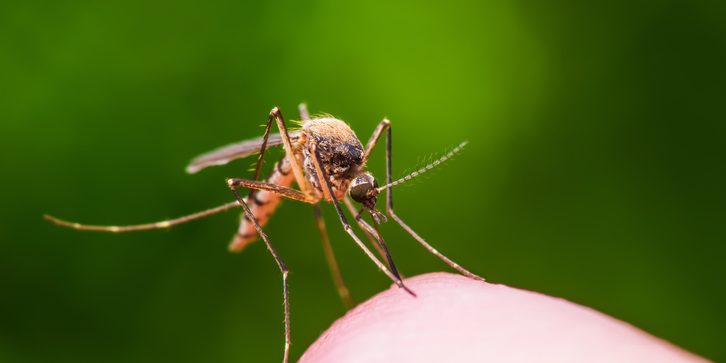 It’s been a great summer so far in Calgary, especially if you are a mosquito. The whiney little biters, which have led a somewhat solitary existence in the city for the past couple years, have made a very annoying comeback in 2022. A recent Calgary Herald article put the mosquito count at more than eight times the amount found in 2021, and it’s still only just July. Pest control officials collected 12,000 mosquitoes from four traps in just one week, which completely dwarfs the count of 1,500 for all of last year. And given that we keep getting moisture followed by a few days of warm weather, we may not have seen the worst of it yet.

The City of Calgary describes mosquitoes as a seasonal insect with numbers that start low in the spring and peak in mid-summer. They most often breed in temporary pools formed by rainfall or melting snow, such as in puddles, in ditches, in irrigation pools, and so on. Eggs can lie dormant for years, just waiting for a bit of moisture to come and provide them their ultimate breeding ground. Other species breed in containers such as bird baths and rain barrels. Calgary is home to more than 20 different types of mosquitoes, and their presence is felt the most on the east end of the city, where there is more habitat for them to take advantage of.

Every spring, the City of Calgary works to reduce the mosquito population by applying a pest-specific product that targets mosquito larvae by air. They spray large areas of standing water that have previously tested for high numbers. The products they use have no effect on any other animals or the environment, and are registered and regulated. The early treatment program helps stop the first “swarm,” but given the right conditions – like the 130 millimetres of rain we received in June – existing  mosquitoes will make more larvae, which will eventually hatch. Female mosquitoes can produce up to 700 eggs in their lifespan, which is only a few months. They are the ones that are doing the biting, as they need meals of blood in order to support their eggs.

Don’t forget that they are not entirely a nuisance. Mosquitoes do help feed Calgary’s bird population and form an important part of the ecosystem. Unfortunately, some (the Culex species) carry the West Nile virus, which can be transferred to both birds and humans. Mid-July to mid-August have the greatest risk for West Nile Virus transmission, and one in five people who are infected become seriously ill.

Keep your yard free of mosquitoes

Mosquitoes prefer from between 22 and 27 degrees Celsius during the day to hatch and thrive, and roughly 20 degrees Celsius at night. Given these are the exact temperatures predicted for Calgary for the next several days, expect to be battling the buzzers every time you step outside.

Keep your personal space special and relaxing and get rid of mosquitoes in your yard by: