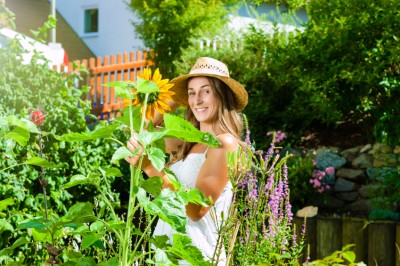 John Palliser was a geographer who chronicled “western Canada.” Between 1857-59, Palliser was surveying in our region. When his findings were published a couple of years later, he deemed southern Alberta “unsuitable for farming,” and the area was given the nickname “The Palliser Triangle.” Calgary is situated on the northwestern edge of the triangle and it means we are at the margins of an arid and windy steppe. Palliser proved prophetic when agriculture in southern Alberta failed in the 1930s and became our part of the larger Dust Bowl disaster.

At Mirage Landscaping of Calgary, we harken to the past to make our readers aware that we live with a very wild balance of water in the region. Some springs and summers we seem to have too much of a good thing. Others, like this year, it’s not only farmers asking when it will rain again.

On a more personal scale, the historic climactic conditions of our region have repercussions for your own plants. As the earth bakes under the sun and a desiccating wind essentially blow dries your plantings, only one strategy has been time proven to be up to the challenge—irrigation.

Just like regional farmers who want a certain fall crop, irrigating your plants and trees is essential to their survival in drying conditions. Your yard, gardens, and planting boxes don’t need to experience a full-fledged drought to simply die after being assailed by the sun for days on end.

The downside of irrigation is that if everyone is doing it, many of us unwisely, an already stretched resource becomes imperilled. Therefore, you’re best advised to water smartly using the following tips:

We can’t say enough about mulch and other ground cover. Think of it as sun screen for the ground that your precious plants live in. Bare earth is totally subject to direct evaporation from sunlight. By laying ground cover around the roots and between planting sites, applied water stays put for much longer.

Water In The Morning

It’s best to apply water when the plants and trees best utilise it, which is the morning. As the sun comes up, the plant is energized to grow and produce the energy it needs to thrive. Applied in the morning, a thirsty plant drinks deeply, which will help it to better withstand the heat later in the day. Watering while it is hot out can actually harm plants, as water droplets on the leaves become small magnifying glasses, focusing solar radiation to a point.

Apply Water Only Where it is Needed

Choose a style of above ground sprinkler that best suits your yard. Where it makes sense to deploy one, such as in a garden layout, consider using a soaker hose buried beneath your ground cover. Ensure that enough water pressure is being used to make the hose yield moisture through to its end.

Plants that evolved here are inherently drought resistant. They are smart choices for your yard or commercial property.

Once you have built in programmable sprinklers or even a basic micro-irrigation circuit, you’ll never want to go back to the waste and hassle of manual watering. We have over three generations’ worth of experience installing all manner of lawn and garden irrigation systems for our residential and commercial clients.

Build a Hedge Against Drought

Landscaping of Calgary is a full service landscaping construction contractor. This is an important detail to note since rainwater catchment systems are legal in Alberta. Imagine the gardening flexibility you could have with hundreds of liters of water reserved in a tank buried in your yard. And you’ll want it to be buried given what are winters will do to an above ground barrel that isn’t routinely drained.

However simple it sounds, installing a functional water catchment system is not easy. Potential buried hazards such as gas and other utility lines have to be located and avoided. Excavating a large area for a tank is not the kind of back breaking labour you want to do with a shovel in the heat of summer as the hole has to get below the historic frost line.

Whether you need more personalised tips, sprinkler installation, or construction, get a free quote