Oystershell Scale and Other Pests Prevalent in Calgary Right Now 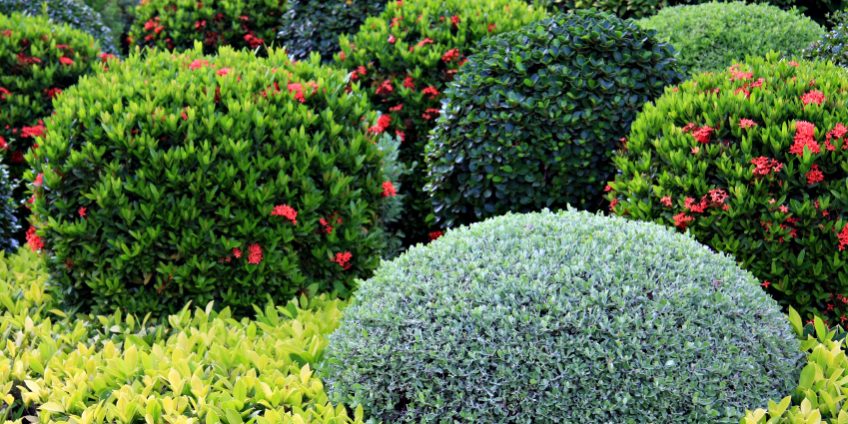 As the summer has carried on we have noticed a few prevalent garden pests in Calgary right now that are causing problems throughout the city. The unfortunate thing about these sorts of pests is that it can often seem like your plants and trees are just having an “off year,” and simply not thriving as well as they could be. It requires a close inspection by an expert to discover the real reason shrubs and trees are looking scraggly and unhealthy.

The cotoneaster is a shrub commonly used in Calgary, as they can easily be grown into decorative hedges. They are extremely hardy – perfect for Calgary’s harsh climate – and are identifiable by their pink flowers in the spring, glossy, oval-shaped leaves and red berries in the fall. They are also among the only plants in Calgary that turn a showy red before going dormant, making them especially pretty as we head into winter.

Many, many cotoneasters have been hit by oystershell scale. Normally cooler days will slow down an infestation, but because we haven’t had many of those in Calgary this summer the bug is stronger than ever. Infected shrubs and trees will have a bumpy, oystershell-like appearance on the branches, as the bug will form an armor to hide underneath. Once they hatch, usually about mid-June, they will settle in to suck out all the juices out of your plant, permanently attaching themselves to branches and forming their defensive shell to protect themselves from the elements and pest-control methods.

Unfortunately, oystershell is often not identifiable until a plant is heavily infested. Look for the oystershell bumps, leaves turning yellow and dying, and dying branches that leave telltale gaps in your hedges.

Pruning back infected branches can help, and then we’ll fight oystershell with an insecticidal soap. Rather than removing infected plants entirely, often we will take preventative measures to curb the plight and then check again in the spring to see how well our intervention has worked. It can take more than one application of insecticide – when the infestation is noticed and again in the spring before the bugs hatch – to completely rid your shrubs and trees of oystershell. As a last measure, shrubs with strong root systems can be completely cut down to ground level and sprayed. They will then grow back healthy.

Columnar aspens are very popular in Calgary, as they can form a very nice privacy wall plus windbreak without blocking out all the sun. Plus, they are really attractive, low maintenance, and able to sustain through windstorms, hail and extreme temperature variations.

Currently, the birch-aspen leaf roller caterpillar is taking a toll on aspens and birches, however, for the most part, the infestation hasn’t become out of control just yet. But if you notice curled leaves it may be time to take preventative measures. The caterpillars turn leaves into a protective cocoon for themselves to pupate and turn into moths. The damage is mainly cosmetic for the time being, and experts say that due to the cyclical nature of caterpillar infestations, tress will likely fully recover in the coming years.

That said, there are steps to take to prevent the caterpillars from coming back. We can spray with a horticultural oil in the fall to take care of eggs that have been laid on the branches. Even more effective is another spray in the spring, before leaves have come out, to also take care of eggs. After leaves bud there is still a short amount of time to spray so that if a caterpillar feeds on a leaf it will be poisoned and die.

An absolute scourge, black knot disease is a fungus that attacks maydays and fruit trees most commonly in Calgary. Foliage can often obscure all but the largest black knot growths from easy view. If left unchecked, black knot fungus will eventually kill its host tree.

The black knots appear mostly upon the small twigs and branches, but may also afflict main scaffold limbs and even the trunk. Knots most often form where leaves emerge from the branches. Fully developed knots can ultimately encircle the infected branch and grow to be in excess of a foot in length. If left unchecked, black knot will kill the host tree, and was a severe problem in Calgary four years ago. It can be treated with a fungicidal oil and judicious pruning.

Additional garden pests in Calgary to watch out for include slugs, aphids, ants and the dreaded red lily beetle, which has a horrible habit of attacking only the nicest, most healthy plants in your garden. When we perform your regular lawn maintenance we will keep an eye out for all of them. With three generations worth of experience in southeast Calgary, we have seen it all. Contact us to come by to assess the overall health and longevity of your garden so you can enjoy the outdoors for many years to come.