Poplar Trees in Calgary: Why We Have Them and What You Can Do About Them 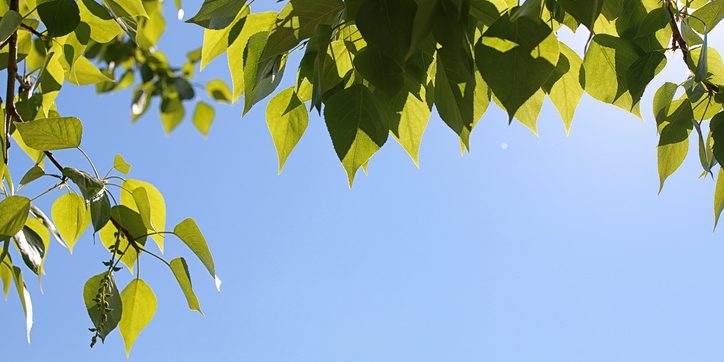 There are a lot of poplar trees in Calgary, and there are specific reasons for that. According to the City of Calgary, when the city really began to grow and residential development policies were put into place 70 years ago, there were only seven different kinds of deciduous shade trees that were able to survive this climate. Of those seven species, four of them were poplars.

There have been tons of developments and advancements made in horticulture since then, and there are now more than 70 different species of trees planted throughout Calgary’s green spaces, consisting of approximately 7 million trees.

The poplar is native to the prairies, normally growing along the shores of rivers and streams. They are by far the largest tree that can be grown in this area, generally recognizable by their sheer size. The ancient poplars that remain along Memorial Drive have huge trunks with grey bark that is interestingly furrowed. They form a beautiful green canopy over the roads and pathways and are a testament to the Calgary’s commitment to supporting a healthy urban forest.

Are There Problems With Poplar Trees?

Anyone who has lived in Calgary for a while knows that poplar trees have been being slowly removed from communities for some time. There are still many around, though, as the City’s policy is only to remove those that are dead, diseased, or are a threat to public utilities and safety.

Poplar trees in Calgary have caused problems, mainly because of their enormous root systems, which can spread out to two to three times the height of the tree. Considering how tall they get, you can see why they are not ideal for residential properties.

Poplar roots have been vilified as causing house foundations to crack and for breaking sewer lines, which many believe to be the reason they have been taken down. What does happen is that poplar roots will take advantage of the presence of air and water where there is a pre-existing crack or break. This can make a problem that was already there much worse. Repairing the cracks and the breaks is what needs to happen – not necessarily cutting the tree down.

Modern construction materials can pretty much handle everything thrown at them, and poplar roots are no exception. That said, though, and again, their immense size means they should not be planted on residential properties. In fact, most nurseries do not carry poplars anymore.

For those with allergies, poplar fluff is said to be an annoyance. When it shows up in June, coating roads and sidewalks, many people begin sneezing and have to carry around tissue for their runny noses. But experts say that it’s not the poplar trees in Calgary that are causing allergy symptoms to appear. The fluff, which is actually seeds produced by female trees, is not pollen, so many think that allergies are being triggered by grasses and other plants beginning to flower instead.

If you live in a neighbourhood where poplars produce fluff, it’s obviously an older community. The City of Calgary has not planted poplar species that produce fluff for more than a decade now.

As mentioned, poplar trees in Calgary are not taken down unless they are diseased, dying, dead, or causing a risk to public safety. That said, if you believe you have a problematic poplar near your property, you do have some recourse.

The City of Calgary has a Poplar Removal Policy that will allow for a poplar to be removed providing a number of conditions are met. These include:

If you would like to have a poplar removed, you will have to perform a survey of 20 nearby residences. This must consist of 10 residences across from the tree and five on each of its sides. Those who participate will need to indicate whether they agree or don’t agree with the plan, and provide their name, address, telephone number, and signature.

You will be responsible for the cost of removal plus the cost of a new tree, and the City of Calgary will have to be the ones who do the work. The new tree may not be planted near your property, too. It is only required that it be planted somewhere in the area.

Mirage Landscaping has been providing professional commercial and residential landscaping services in Calgary’s southeast communities for three generations. As many of the communities we serve are older, we know all about the problems associated with poplars in Calgary.

Our residential and commercial landscape maintenance and construction services will keep your property looking amazing without the need for a poplar to be planted. We also guarantee our landscape designs will last a long time and never wreak havoc on your property. Check out our portfolio to see what we are capable of.

How to care for your Christmas tree to keep it happy and healthy for the holidays
December 17, 2021

How to avoid a slip and fall this winter
December 9, 2021