Temperatures are warming up, but there’s more snow to come 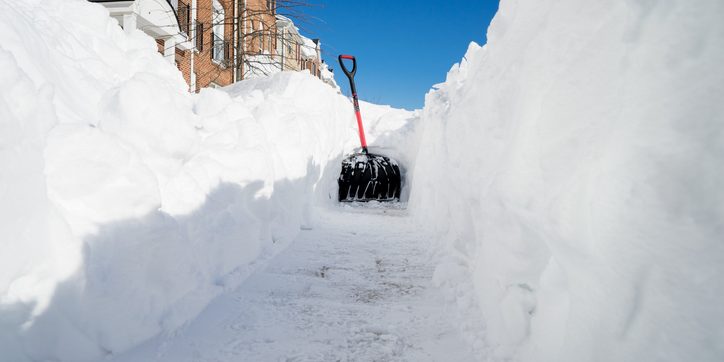 We have officially survived a serious deep freeze, with Calgary breaking dozens of weather records over 10 brutally cold days. According to Environment Canada meteorologist Dan Kulak in a Feb. 15 Calgary Herald article, Calgary hits minus 30.8 degrees Celsius on Feb. 11, which made it the fifth coldest Feb. 11 the city has ever seen. The conditions were the most severe they had been in the city since the 1930s, and for much of the 10 days there were cold weather alerts in effect.

We may work to forget the second week of February 2021, but it was remarkable, and Albertans should congratulate themselves for coming through it all together and relatively intact. Over the days of Feb. 9 and 10, there were 23 new record lows set across the province, says Environment Canada, which brought the total up to 53 since the cold snap began. On Feb. 9, the community of Hendrickson Creek saw temperatures drop to an unnervingly low minus 45.3 degrees Celsius. Sundre set a new record low of minus 39.6 degrees Celsius, and Banff reached minus 38.7.

With March in sight, and temperatures looking much more tolerable for the next week, it can be easy to breathe a sigh of relief and feel like winter must be nearly over. We would love to be able to say that we are optimistically starting to put our snow removal equipment away. But, with three generations of snow removal experience in Calgary and just a simple glance at the upcoming weather report (plus a look back at history), we are certain our snow removal services will be required a few more times before we can start with our spring clean-up services.

What’s still to come for snowfall in Calgary

Even though we are officially more than halfway through February, which typically has some of the coldest days of a prairie winter, this month doesn’t typically register the most snowfall of the year. Kulak of Environment Canada warns that many more inches of snowfall in Calgary are more than likely to come. March (and April and May) often see “wildly variable” weather. He says that when the temperatures starts to warm up slightly, that’s when “snow bands” begin to return to the area. These are the ones that hold very large dumps, which can catch Calgarians off guard all the way from late March until early May.

In February so far we have had 23.3 centimetres of snowfall, bringing the total amount of accumulation up to 116.7 centimetres since October. Of course, we all remember the massive snowfall in December, which lead to 39.6 centimetres being measured that month and many, many stuck vehicles.

In 2020, March and April totaled 51.2 centimetres of snowfall Calgary, which means that if we were to follow suit we are about to see the same amount of snow each month as we have in February. Historically speaking, March sees an average snowfall in Calgary of 22.7 centimetres, says weather-atlas.com, making last year rather typical. April usually measures about 18.8 centimetres of snow, and somewhat surprisingly, an average May will still see about 11.9 centimetres of snow, which is why so many wait until after the May long weekend to begin planting their gardens.

Of course, warmer temperature mean that snow doesn’t stick around as long, which is very nice. But it also doesn’t mean you should go ahead and cancel your snow removal services just yet. If history is any indication, we will be by three and maybe more times to help keep your commercial or residential property safe for you and everyone who visits.

Count on Mirage Landscaping for All Your Property Maintenance Needs

Our family-owned company has been specializing in helping property owners in southeast Calgary keep their homes and businesses looking great for low prices. For three generations, we’ve been delivering affordable services that exceed customer expectations. Familiarize yourself with our work by browsing our online portfolio of just a few of our past projects.

We are pleased to offer custom quotes that allow you to put together a uniquely designed service package, according to your specific needs. Simply use our online form, enter your information and project details, and one of our team members will get in touch with you to perform an evaluation and price quote. It’s fast and easy. We look forward to hearing from you about your dreams for your property.