What Does a Mild Winter Mean for Spring? 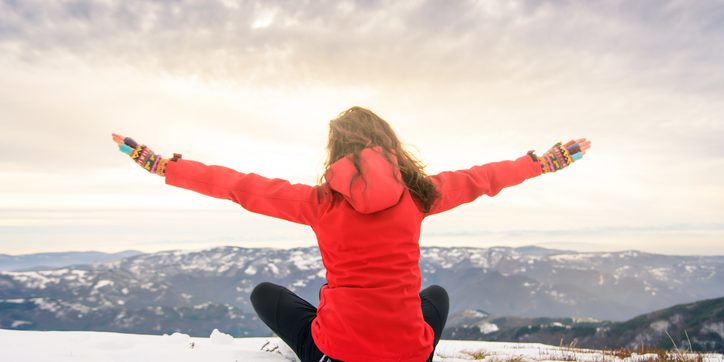 So far, so good, for the winter here in Calgary (fingers triple crossed!). In fact, it’s been positively balmy! Aside from our awful October, there’s hardly been any reason to drag out the parka, and snow removal has been at a minimum.

It’s wonderful news for us city denizens after surviving last year’s sub-zero temperatures and piles and piles of snow. But as we’re always thinking ahead a season, we have to admit that there are a few possibilities that have us concerned. A mild winter is great, but can present a few challenges come spring.

Over the past few years we have become bitter enemies of the vile red lily beetle. If you’re like us, you love your lilies, as it just seems incredible that such a beautiful flower can grow in this climate.

As the days continue to be mild, we become more and more worried that the successful battles we have fought against the beetle over the last few seasons may be set back. Over the winter, the red lily beetle (also known as the scarlet lily beetle) spends its time comfortably cuddled up in the soil around your lilies’ roots. Come spring, the red lily beetle starts its work early. And a mild winter and spring can mean even earlier than usual. It’s not uncommon to start to see them as early as April, and we are a bit concerned it could be even earlier than that this year. It’s important to take action early, as the females can lay up to 450 eggs a season, usually in batches of about a dozen, and usually underneath leaves along the middle rib.

Once hatched, larvae spend their days munching through your lilies until “full,” when they then drop to the ground and pupate, becoming even more red lily beetles. They are actually good fliers, which is how they move from garden to garden. It doesn’t take long for them to completely decimate a lily garden, which is simply devastating.

We fight back by making regular checks to see if there are any signs of these eggs, or of hatched larvae. They can be picked off by hand, and experts recommend dropping them into a bucket filled with soapy water. For another natural remedy, diatomaceous earth is an excellent choice, as it will dry out the beetles’ bodies and kills them off. Put it directly onto their bodies if you have a severe problem.

Also sleeping comfortably right now is the lepidosaphes ulmi bug, also known as oystershell scale. From 40 to 100 eggs can live through the winter in the egg stage under the scale of one mother. Many, many of Calgary’s cotoneasters have been hit by oystershell scale. Infected shrubs and trees will have a bumpy, oystershell-like appearance on the branches, as the bug will form an armor to hide underneath. Once they hatch, usually about mid-June, they will settle in to suck out all the juices out of your plant, permanently attaching themselves to branches and forming their defensive shell to protect themselves from the elements and pest-control methods.

It’s important to spray for oystershell scale before hatching. We are able to do so with safe and organic pest sprays.

A mild winter means our pretty perennialsare not as protected underneath a blanket of snow as usual. This means they may begin to grow too early, exposing themselves to damage caused by cool evenings and mornings. A frosty morning in the spring can kill tender new growth, and it’s possible your perennials may not come back at all.

It’s not too late to mulch in your perennial beds…in fact, it’s probably a very good idea. If the winter keep going the way it has we can likely expect an early spring, which is very nice, except for when it puts your perennials in peril.

Mirage Landscaping is a full-service residential and commercial landscaping design, construction, and maintenance firm serving the southeast Calgary area, including: