What is a Chinook? Calgary Weather and Snow Removal 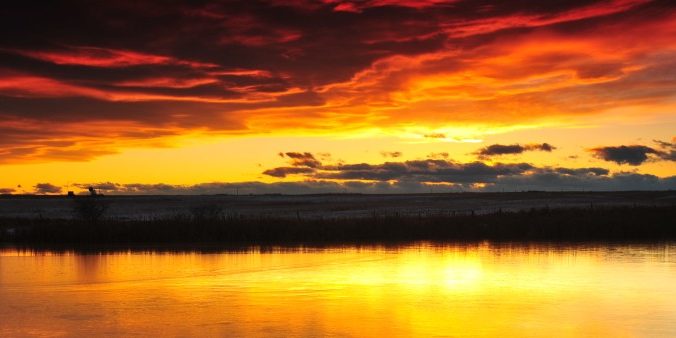 ‘Tis an ill wind that blows no good.

The above English proverb dates back to before 1550. Clearly, whoever coined the saying had never encountered the Chinook wind, which is a relatively mixed bag as regards good or ill.

Mirage Landscaping of Calgary is a full-service landscape design, construction, maintenance, and snow removal firm. We have had over three generations of experience with the  Chinook wind in southern Alberta. In the winter, the wind is at times a snow removal competitor, as it is said the “Chinook” means “snow eater” in the Blackfoot tongue. In the summer, the wind is a dehydrator and heightens wild fire danger.

However, the Chinook has a decided upside too. It undeniably makes winters in Calgary much more bearable than they otherwise would be!

What Explains the Chinook Wind?

In a word, physics is responsible for the Chinook wind. Though the intensity and frequency of these winds are most associated with the Calgary area in North America, the Chinook is a global phenomenon anywhere in the world with sufficiently tall mountain ranges that rise in a generalized north to south orientation. As the majority of winds driven on the globe are in a west to east direction, the Chinook is known as “foehn” winds in Europe, where they were first written about by Romans as a favourable west wind out of the Alps. This class of winds also occurs along the Himalayans in southwestern China, the Cascades in both the U.S. and Canada, and of course the Rockies.

The dramatic temperature swings associated with the Chinook, up to 28C (51F) in the span of four hours, as well as the snow melting effects of up to a foot melted away in short order, have everything to do with what happens to moisture laden clouds as they crash into the mountains.

It is no secret that the windward side of the Rockies are the recipient of inordinate amounts of rain and snow. The eastern slopes are in what is called a “rain shadow.” What is happening is that the prevailing west-to-east wind brings clouds laden with warm moisture from the northern Pacific Ocean. As those clouds are forced to rise over the Canadian Rockies, the increasing altitude decreases the atmospheric pressure, allowing the clouds to both expand and cool rapidly. The combined effect first condenses the moisture and then precipitates much of that moisture out of the clouds and onto the western slopes and valleys.

Eventually, the much less water laden clouds crest the Rockies and descend again. These clouds are molecularly lighter and are pushed relatively rapidly down the eastern slopes. As they descend, they rapidly heat and compress. Since temperature and pressure variations clashing are what generates winds, the Rockies create a lot of wind simply through their average high altitude height.

This “dehydrated” air mass tumbling down the leeward slopes of the Rockies is essentially nothing less than an invisible airborne sponge. The legendary “snow eater” is not working the melt of the local snow cover through bringing of milder winter temperatures, oh no. The Chinook literally sucks away the available moisture in a rapid rebalancing of relative humidity.

Many of our readers undoubtedly know someone who blames seasonal medical maladies of one sort or other upon the Chinook. Whether from the rapid temperature swings, barometric pressure changes, or some perceived physiological side effects from a sudden influx of bone dry air, many people claim the Chinook adversely effects their health, or at a minimum, their mood.

Unfortunately, science has proven inadequate to the task of getting to the bottom of these alleged medical effects of the Chinook wind. This is not to say that those who get so-called “Chinook headaches” and other related maladies are not actually suffering, only that such has not been definitively connected to the Chinook.

It is possible that the reported maladies have more to do with the winds at times creating inversions over the city that trap atmospheric pollutants.

Don’t rely upon the Chinook for your snow removal. Contact us for a free snow removal quote. When the snow really flies, you’ll want to spare your back, and not wait on the wind to do the work.