When Should I Have My Trees Pruned? 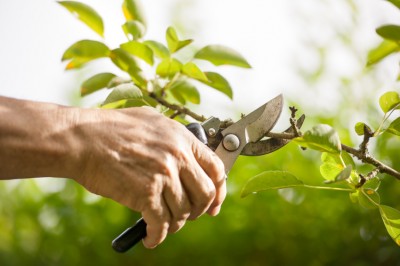 You may think that “pruning season” has come and gone for your trees and woody shrubs, but that is not necessarily the case. At Mirage Landscaping of Calgary, your local tree experts, and full service commercial and residential full service landscaping design, construction, and maintenance firm, we are in agreement that most pruning should be done in late winter or early spring before sap is really flowing. That said, there are occasions where pruning can and should not wait. To get into why pruning may be done after early spring has passed, we have to delve into why we prune at all.

Sometimes Just A Trim Will Do

Generally, the traditional reasons that trees are pruned in late winter and early spring fall into three categories: 1) growth promotion or restriction, 2) thinning, and 3) aesthetics.

Growth promotion or restriction is the judicious elimination of tree suckers, co-dominant vertical leaders, horizontally growing, and erratically oriented and/or crossing branches. Sometimes you want a tree to reach its full height and breadth, and sometimes a tree needs to be kept from encroaching upon a neighbouring property.

Closely related to thinning is aesthetic pruning. Though we think of topiary when aesthetic pruning is mentioned, this practice is also about tree safety. By growing a balanced “tree form” you prevent development of an asymmetrical canopy susceptible to uneven wind resistance and poor snow load handling, either of which can topple the tree in bad weather.

The prime reason to prune “out of season” is for emergent tree health issues. Death, damage and disease are always valid reasons to deviate from the standard pruning schedule. The prompt and proper removal of health compromised or dead branches helps to prevent the systemic spread of disease, rot, or insect infestations. Pruning away dying or dead branches is also a safety measure that prevents weaker wood from becoming possibly harmful deadfall later in the year or down the road.

Dead, damaged, and diseased branches should be pruned away as soon as possible. Some eventually lethal conditions, such as black knot disease, need to be cut away immediately before they spread on the host tree or its neighbours.

Will Out of Season Pruning Harm The Tree?

Yes, it will. All pruning results in a mechanical wounding of the tree. By pruning ahead of its most vigorous growth time of the year, this wounding of the tree is lessened. However, when pruning is undertaken as an emergency measure, the tree will still benefit from it more than it will be harmed, so long as common sense precautions are taken to not prune a tree that is sick while it is also under environmental stresses, such as the heat of high summer. Out of season pruning also has to be a minimalist affair. Overzealous pruning after spring can tip a damaged or diseased tree into a death spiral.

Leave Most Out of Season Pruning To Us

If you have to resort to our pruning tips to get started, you call us for a free quote. It is one thing to trim away the end of a branch growing onto your roof and another to tackle a fungal infection in the tree’s canopy.

Trees don’t heal, but rather essentially develop scar tissue at wound sites, the integrity of which is highly dependent on how well it is first cut. Anvil style shears and loppers are less than ideal for out of season pruning. Knowing what not to cut is as, or more important than, knowing what to cut. Cutting a branch in the wrong location, or at the wrong angle relative to the trunk, or with the wrong tool for the application, can irreparably harm the tree’s long term health.

Mirage Landscaping of Calgary has over three generations’ worth of experience in tree care. If your trees need out of season pruning, your trees also need us.

How to care for your Christmas tree to keep it happy and healthy for the holidays
December 17, 2021

How to avoid a slip and fall this winter
December 9, 2021