Why Are There Cracks in My Tree’s Bark? Mirage Landscaping Calgary 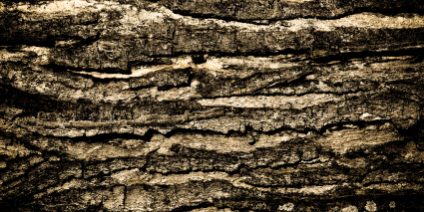 Calgarians are very aware of many things, and a lot are particular to our climate. We know, for instance, that freezing and thawing generally results in things cracking, breaking and sometimes plenty of damage. The most obvious is usually in our driveways and our walkways – at Mirage Landscaping, every spring and summer we repair retaining walls and replace bricks and pavers that didn’t survive the winter extremes of Calgary.

Cracking from the freeze/thaw cycle can also be less apparent.

When spring finally arrives in Calgary, you may notice a split in the bark of your new tree that wasn’t there last year. Caused by the same so-called “frost heaves” that harms concrete and pavement, they probably occurred during one of our Chinooks or during a period of temperatures rising quickly. Direct sunlight thaws snow or ice into melt water during the day, and the water follows the path of least resistance, infiltrating any pores or crevices. As night falls, this water rapidly freezes, expanding exponentially, creating hydraulic pressure that stresses the concrete into expanding along with the ice. Given enough time, the freeze thaw cycle will break susceptible concrete, bricks, or mortar into chunks. The very same process can damage your trees.

Take a good look at any trees on your property, particularly any younger trees that face the south or southwest. Do you see any cracks in the bark or splits revealing the inner wood of the tree itself? If you do, you can be fairly certain that the same freeze/thaw cycle cracking the concrete and asphalt of our region is also afflicting your tree.

Many trees slough their bark as they grow, or develop intricate ridges and valley patterns in their bark as they expand their diameter. Don’t mistake these common growing processes as damage caused by the freeze/thaw cycle. The conditions discussed here lead to large and obvious bark splits that expose the next layer of the tree, usually with a stark color contrast.

Here at Mirage Landscaping we have over our three generations of full service lawn maintenance to both business and residential customers in Calgary, we have seen plenty of cracked trees. There are two primary causes of such cracking. The first one, frost cracking, almost completely mirrors the hydraulic fracturing process that attacks man made materials with rigid, but porous characteristics, such as asphalt and concrete.

In frost cracking, it is external moisture running free along the contours of the bark itself that gets trapped as ice, expanding and pressuring the fissures of the bark apart from one another. Eventually this repeated action creates a breach in the outer protective layer of the bark, exposing the more sensitive inner layers

The second way the freeze/thaw cycle attacks your trees in the winter is called “sun scald.” This process is akin to “tree frostbite.” Younger trees with thinner bark warm up in the direct winter sunlight. At the cellular level, the moisture within the tree also warms and the tree can be biochemically tricked into a period of activity, or out of dormance. Then, as night falls, the temperature dips precipitously, the cellular moisture freezes, causing ice crystal expansion which ruptures the cells of the tree. This damage process is not as rapid as external ice physically forcing surface bark apart. Sun scald usually takes years to show itself as sunken rot spots forming inside of the bark of the tree and developing outward. Just like severe frostbite in a human, the underlying tissues in the area affected are dead and not coming back.

What Can Be Done?

There are no effective repair methods for either frost cracks or sun scalding that will return the tree to its undamaged look. Nature is simply taking its course. That said, these conditions by themselves aren’t usually sufficient to kill all but the youngest of trees. A linear crack in the bark does require your attention because if the tree doesn’t heal correctly, the crack can become a haven for insects, some of which could be pests to both the wounded tree and its unaffected neighbours. An improperly sealed or healed bark crack is also a point of possible entry for disease causing micro-organisms. Finally, large cracks in the bark of a tree can compromise its structural integrity, which becomes even more hazardous if a tree of substantial size is also rotting from sun scald damage.

The best course to take is to call an expert like we have here at Mirage Landscaping in Calgary. We have the experience to determine whether a frost split or sun scalded tree is healing correctly, and if not, what can be done. The solution may be as simple as trimming away some dead bark to promote proper “wound healing,” to calling in a tree surgeon, or discussing the merits of replacement.

Whatever your cracked tree case happens to be, remember that we can come by, give you an assessment, and as always, provide you with a free quote.