Why Does My Tree Have Suckers? Controlling Your Calgary Landscaping 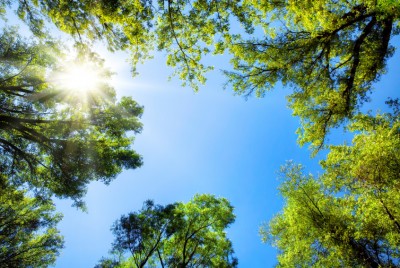 What is a tree sucker? Does my tree have a sucker upon it? These seem like questions from a bad science fiction movie, but tree suckers are very real. Several tree species produce suckers or sprouts in an unwanted fashion in response to environmental triggers such as drought, overwatering, or due to the nature of their beginnings as a grafted hybrid.

At Mirage Landscaping of Calgary, your local tree installation and care experts, we know that tree suckers most often form at the base of the trunk or from the underground roots system. Other tree varieties actually send out runners some distance from the tree. Aspen, cottonwoods, lilacs, and poplars are among the most aggressive species regarding this type of spontaneous reproductive development, but Canada red cherries, as well as some plums and apple varietals, also regularly produce suckers.

To Remove Or Not To Remove

No matter their precise origin, a tree sucker is rather like a weed and should be removed in most cases, especially before growing to an unattractive size. Not only do suckers distract from the tree, they could damage the mother tree’s trunk and induce rot or facilitate pest infestation by keeping the trunk continually shaded.

Even at a distance, a sucker is not an independent plant, it is an offshoot of the original and represents another mouth to feed. Most gardeners don’t bargain on two or more trees where they once had only one. If you don’t tackle a sucker problem early you risk having a more widespread tree root system running through the area, one which might “steal” resources from nearby plants, or disrupt underground sprinkler systems.

Removing a basal growth, a sucker growing directly out of a mother tree, is a very straightforward effort. Generally speaking, such growths, especially when caught early, can simply be removed via a sharp knife or using pruning shears. Once a basal growth has been removed it typically doesn’t regenerate. Just keep a vigilant eye out for resumed or new unwanted growth.

Suckers or runners burrowing up out of the ground are a different problem entirely. Not only is the network of roots running the reproductive effort not usually visible in any meaningful way, but for every shoot you see penetrating up from the soil there are numerous subterranean buds you are not seeing.

There are many diverse ways in which suckers are dealt with. Sometimes the runners can simply be cut away as they appear, or if present in numbers, controlled by the mower. There may be a temptation by some to simply apply a commercially available weed killer, however you may unintentionally damage or kill the mother tree, or you may cause unintended damage to your surrounding lawn.

Sometimes the pruning of the afflicted site followed by the professional application of a growth-inhibiting agent is the cure. In other cases, sprout removal requires a careful examination of your lawn over time to see the frequency and location of runners appearing in your yard. Perhaps it will be necessary to perform a targeted root excision. By carefully targeting only the portion of the mother tree’s root system that is actively trying to reproduce not only does such a targeted root excision get rid of all of the future budding runners, it is a totally organic fix that spares the lawn and does next to no damage to the tree’s health.

Three Generations Worth of Experience at Mirage Landscaping of Calgary

And if the mother tree’s health has been compromised by a basal growth, it could be time to remove that tree before its structure is so compromised that it becomes a windfall hazard. Whether you need tree pruning and service or you want to remove or add a tree to your property, make Mirage Landscaping of Calgary your first call.

Noticing puddles in your yard? You may have a drainage issue
April 26, 2022

The benefits of a good power rake in the spring
April 8, 2022